My Verdict On The Future of SharePoint

I had the distinct honor of attending the Future of SharePoint event in San Francisco this past Wednesday May 4th. I was able to get in early enough to snag a seat on the front row as me and 99 other customers, press, and MVP’s witnessed the public announcement of information that had previously been under NDA. Finally, when my customers ask questions about mobile I can say more than “just wait” or when they ask about development I can say more than “trust me”… Do you realize how hard it is for me to keep a secret???

Anyway… for the next couple of hours we listed to Microsoft give an overview of everything that’s coming for SharePoint. It took 2 hours just to scratch the surface. So yeah, there’s A LOT coming. I won’t go into great detail about all of it because there are countless blog posts out there now on the different topics. I will link to those so you can find out more information. Rather than add to what’s already been said ad nauseam, I wanted to give my own thoughts and insights on what I’m seeing from Microsoft and the Future of SharePoint.

All of Microsoft’s blogs and videos about the new features can be found here.

What Stood Out to Me 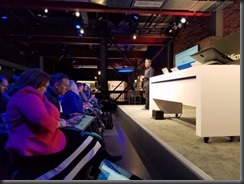 doomed! Time to find another technology to pin all our hopes and dreams on. I mean just look! The link to SharePoint in Office 365 was called “Sites”. Obviously Microsoft was trying to kill SharePoint?? (that’s sarcasm by the way). However, it’s absolutely clear now that Microsoft is dedicated to SharePoint. They’ve changed that “Sites” link to “SharePoint”, they already announced there will be ANOTHER release of SharePoint, and Jeff Teper proudly proclaimed “SharePoint is the core of Office 365”. This is really great news for companies that have invested so much time and talent into SharePoint and it’s nice to know that Microsoft has embraced SharePoint again.

Several other items really stood out to me.

What are our clients most excited about? Easily it’s the new mobile app. Finally! (I’m not going to say “Intranet in my pocket”) But finally! A real mobile experience. We no longer have to hack masterpages or tell customers that there really is no good story. The new mobile app will work with existing team sites too, so don’t worry about having to rewrite all your team sites to get a mobile experience. To find out more about the new mobile story, read this blog.

Microsoft has introduced another approach to development in SharePoint called the SharePoint Framework. I know what you are thinking, “ANOTHER development model??” It’s true, if you are counting there are now 4 development models for SharePoint. Some of you may be getting fatigued and frustrated by all the changes, but I for one am actually excited about this one. The new approach is 100% JavaScript and will make it easy for devs to create functionality for the team sites, library, and list pages. It fits more closely with how many developers want to develop in SharePoint and it’s much more integrated than a SharePoint Hosted Add-In! (hallelujah).

Let’s face it, unless you were a software vendor or a large enterprise customer there’s a very good chance you never touched the Add-In model. I just couldn’t get behind it 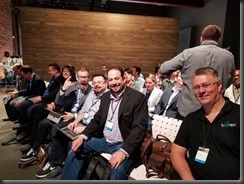 for a lot of my customers because it rarely ever made sense to spin up a server in Azure just to implement a small piece of functionality in SharePoint. It was just an overly complicated process. The SharePoint Framework really solves a huge development problem for small and medium sized businesses. I’m not exactly sure how the ISV’s can embrace the new model, and this is actually a concern for me with StratusForms, but I don’t have the full story yet. I will be watching it closely though.

It’s important to note that being 100% JavaScript means you won’t be able to do things like elevate permissions and long running operations would be better accomplished with some external API. Check out the blogs below for more Information. There’s already a TON of great content out there for learning more about the SharePoint Framework and how to get started.

On-Premises gets some love… eventually

We at PAIT Group actually hosted a viewing party for the Future of SharePoint event and our clients were glued to the presentation. A room full of executives and geeks and no one checking their phone… yeah… that big. However, all of these clients happened to be On-Premises and they were actually a little concerned. “Why aren’t they talking about on-premises more”? Was a common question. What really stood out to me here is that fact that Microsoft is no longer saying “SharePoint Online” and “SharePoint On-Premises” they are simply saying “SharePoint”. This indicates to me that rather than ignoring on-premises, what they are doing is making on-premises on par with online. It’s just SharePoint!

As far as WHEN you get those online features on-premises, that’s another story. Microsoft will be releasing new features to on-premises customers as feature packs starting in 2017. The only caveat here is that these customers MUST have Software Assurance. Microsoft is pretty tight lipped about exactly WHEN specific features will be released in which packs but they have confirmed that the Mobile app and the SharePoint Framework will be there.

Finally, it is important to note that none of these changes affect you today. You have time to get ready. You will have “classic mode” to fall back on for quite a while. So, if you are worried about any branding or customizations, maybe you should be, but don’t panic. Simply reach out to a competent resource to help guide you along the way, and I think once you get to your destination you will be pleasantly surprised. This is the most optimistic I’ve been about SharePoint in a long time. 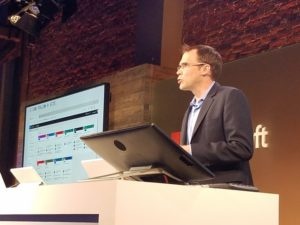 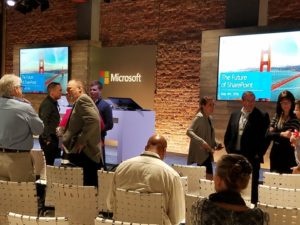 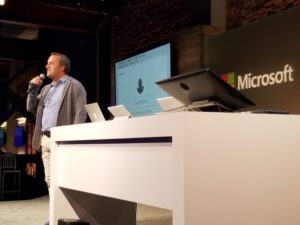 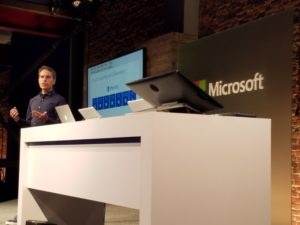 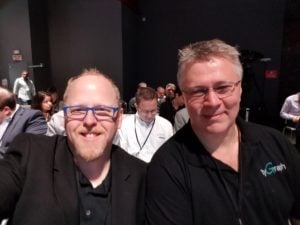