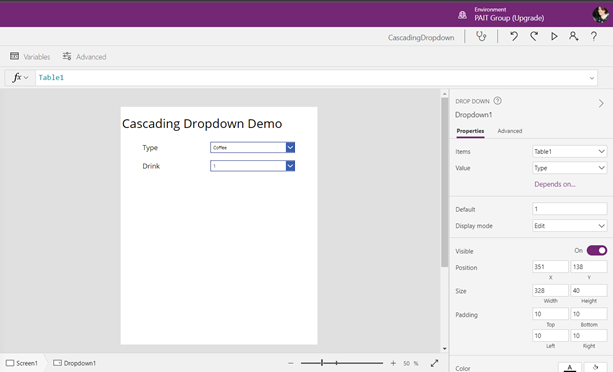 I probably don’t have to tell you this, but just in case, PowerApps are versatile no code or low code solutions you can create to simplify processes for your end users. One of the most common PowerApps is a personalized form for data entry or selection. PowerApps has a lot of built in controls that are a breeze to just click and add, but if you don’t mind getting your hands a little dirty you can really tailor your app and make it easy for users to put in data with integrity. One of my favorite ways to do this is with a cascading drop-down, or basically two drop-downs that have related fields. Whatever you select in drop-down 1 impacts the choices available in drop-down 2. For example, if you’re building an order form, you might have a drop-down for category, then a second drop-down for product. Let’s look at how you might put that together.

END_OF_DOCUMENT_TOKEN_TO_BE_REPLACED 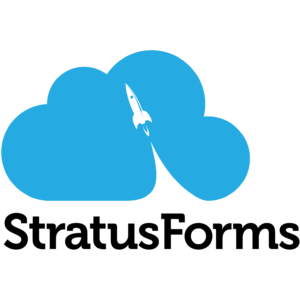 In all my years of working in SharePoint, there has been one consistent need from users: Forms… Better looking forms… more powerful forms… mobile friendly forms… There has ALWAYS been a need for a better forms experience in SharePoint. To help address this need, I created a forms solution for SharePoint several years ago called StratusForms. StratusForms allows you to create forms in SharePoint using HTML, JavaScript, and CSS and works for SharePoint 2007, 2010, 2013, 2016, and Office 365. The goal of StratusForms was to remove limitations of form creation in SharePoint and to get developers off of InfoPath.

END_OF_DOCUMENT_TOKEN_TO_BE_REPLACED END_OF_DOCUMENT_TOKEN_TO_BE_REPLACED

Almost three years ago I posted a script on how to create cascading drop downs for SharePoint 2013 and SharePoint Online using REST.

Since then I’ve had a lot of comments asking for additional functionality to that script. So, I decided it was time to update the script and make it a little more modular. If you are a user of the previous script, the biggest change you will see is how you execute the cascade function. Now, instead of passing in an object to the cascade functionality, you pass in an array of objects. This allows you to set up multilevel cascading.The updated script can be found on GitHub at https://github.com/mrackley/HillbillyCascade

As always, take a look at the video at the end of the blog post for step by step instructions and to see the script in action.